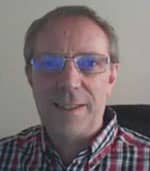 Hi there, my name is Kevin Laverick and I am a professional football trader. In fact I was probably one of the very first to join Betfair back in the year 2000 when it came online.

I am still here all these years later, so I must be doing something right!

That wasn't always the case though... as you're about to find out.

I have loved football from the age of ten and played even more games than Ryan Giggs, though admittedly not quite at the same level. I played at an amateur level from sixteen until forty years old, then had around eight years as a trainer and manager. Football has been in my blood for a very long time and I am still as passionate about it as ever.

How NOT to Trade Football!

By profession I was a Chartered Surveyor with a degree in Pure Maths and Statistics. I took redundancy in my late forties and this was around the time that Betfair first came into being.

On first sight of it I could not believe what I had found; a betting exchange where I could indulge my passion for football and for statistics all in one. However, it was also at a time of great change in my life with a divorce and moving out of the family home. Still, I now had Betfair to console me and I was sure it would be great hit for me.

Four years on and it was indeed a great hit... but not in the way I had hoped.

I lost my bank on a number of occasions and lost £40,000 in just four years. I couldn't believe it!

It turns out that I had no idea how to make money on Betfair football markets, despite all of my football and mathematical knowledge. A reality check came and I took a year out. If I hadn’t done that I don’t think I would be here now. 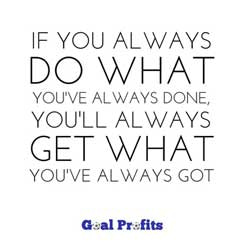 During my year out I met someone who changed my life. It was not a betting guru or anyone like that, in fact it was someone who absolutely hates football, but for whatever reason did take a shine to me.

That someone is now my wife and we celebrated ten years of marriage at Christmas 2015. Jean turned me around, made me feel positive again and, amazingly, she knew I had unfinished business.

During that year out I started blogging about trading football markets and I built football trading strategies that - maybe - I would use if I ever joined Betfair again.

I used my football knowledge and statistical training to develop football betting systems that work. The difference from before was that I was finding what I now know to be "value bets". I practiced and practiced, determined to become the best Betfair football trader I could possibly be.

I rejoined Betfair at the end of 2005, convinced that I knew how to bet on football and win. I put in place all that I had learned over the previous year; capitalisation, value, bank management, mindset, staking, recording results, emotion and - most important of all - being able to accept losers and winners with the same humility. It's so important to realise that nobody can win football bets every time and you have to learn how to handle losses.

Of course, the proof would be in my results. I was delighted (and relieved) to start banking regular football trading profit. Over the next two years I had more or less regained all my losses and started moving into positive territory.

Since 2005 my success has snowballed and the Betfair demons have been slain.

Making money from football trading has now become second nature and it is the most wonderful job in the world!

I became a tipster on quite a number of websites, turning a profit every year for all of them. I also ran a couple of my own websites and started training people at my home near York.

I first met Steve Brown in 2010 and it was not long before he asked if I would like to join him in building what has become Goal Profits, the leading football trading community online. We have been working together ever since.

Nowadays, I spend most of my time developing and testing new Betfair trading strategies. With all the tools available at Goal Profits, I can find new football trading system ideas, then tweak them until they are ready to share with members.

As Jean will tell you, I am constantly developing, testing and refining new systems!

It is absolutely vital that we do not stand still; Betfair markets are constantly changing and we must evolve with them. The great thing about Goal Profits strategies is that they never get stale. We are all about long-term profit and nothing else will do.

Team Stats has made a huge difference to my trading and I know that - with a bit of effort - it will do the same for you. Just a few years ago when I had to do everything by hand, I could not have imagined that this piece of software would be possible.

It has literally changed my life and made me a far more profitable trader – even though I was doing well already!

The trading tools at Goal Profits give members a massive advantage over everyone else trying to make money on Betfair, which is exactly what we want in our community.

Plus, we're always happy to help our members in any way they need. We win together.