We have been giving away copies of our "First Half Heaven" football trading strategy to readers of the Goal Profits blog. It's a great introduction to trading, very simple to use and low risk.

We also provide free access to an exclusive page that displays a shortlist of potential First Half Heaven trades every day.

If you do not have your free copy yet, just let us know where to send it:

We will not share your email address with anyone else.

What is First Half Heaven?

Full details of the strategy are in the free eBook so there's no point going over them again here.

In short, we're looking for two matches which are highly likely to have a first half goal. If both of the matches are not 0-0 at half-time, we make 1pt profit. If one (or both) of them fails, we lose 1pt. It's good risk/reward, a nice return without large liability.

The other great thing about FHH is that we "trade in" to matches but we don't have to "trade out". Once a goal is scored, the match is a winner and that's that.

All of these factors make First Half Heaven absolutely ideal for anyone new to football trading.

More experienced traders don't miss out though. A number of our members who trade full-time have incorporated FHH into their trading portfolio and enjoy the steady return it provides.

Professional traders are smart and do not turn their backs on profitable strategies just because they're not complicated. We leave that sort of ego trip rubbish to the pretenders. 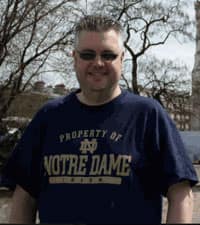 I have received quite a few emails asking exactly how I decide which two matches to use for my "First Half Heaven" double. There were plenty of matches on the shortlist this morning, so I thought I would share my thought process with you.

I'm quite happy to pick out two or three strong doubles each week as part of my trading portfolio and they produce a steady long-term profit. Trading is all about avoiding losers rather than hitting winners, so I have no interest whatsoever in backing everything that pops up.

If there's a strong double then I'm happy to get involved, otherwise there's always tomorrow. Those who can't control their urge to get involved every day, or who use trading as entertainment, are going to struggle.

Betfair is full of clever and ruthless traders who want to take your money. Unless you're smart, they will do just that.

How I Use the FHH Shortlist

For my first selection today, I looked at the top rated fixtures in the list.

I discounted the two German matches right away. The first had a very low value in the H1 column which meant that MSV Duisburg don't score many goals at home in the first half. I am much more comfortable with a home team which is in good scoring form so that one didn't fit at all.

The second German match - Fortuna Koln v FSV Mainz - was in the 3. Liga and had an away favourite. The home side had scored in four of six first halves at home but I was pretty sure there would be a stronger selection to be found.

The Polish game also had an away favourite, plus Pogon Szczecin had drawn 0-0 last time out so that was an easy one to exclude.I was left with two possible choices; Red Bull Salzburg v Ried and Hearts v Ross County.

The Austrian match had a very low price, but it was unlikely that the market had formed so early in the day for a relatively small league. I decided to go with the Scottish game because I knew that there was liquidity in the market and the first half probability (Pr1) was slightly higher.

With my first selection being Hearts v Ross County, I could not pick a huge number of the other matches on the shortlist for my second selection. I need to know the result of the first bet before I can place the second, so everything around 3pm was automatically excluded. I sorted the shortlist by kick-off time to make it easier to see my remaining choices.

The German game looked appealing as it was between two weaker teams and the home side had had plenty of goals in their games recently. Paderborn were pretty useless in front of goal away from home, but Union Berlin had scored five goals in the first halves of just their last two home games. In fact, they had scored in the first half of 9/11 games in total this season which seemed to suggest that they like to start fast.

Montpellier v Bastia was immediately out because of the low probability and Gent v Oostende didn't quite add up. The away side had made a very good start to the season and were top of the league but, with all due respect to them, that was probably a false position. They were playing above themselves and I always prefer more settled and consistent form.

I decided to go with Union Berlin v SC Paderborn and then Hearts v Ross County. This also gave me the option - should the German game be a loser - to try another double later on with Hearts v Ross County and Red Bull Salzburg v Ried which would recover my lost stake.

As it happens, all three were winners so there were no worries at all and I added an easy 1pt profit to my monthly total.

That's my selection process for First Half Heaven. It's very quick and easy, following simple logic. I don't always hit a winning double, of course, but overall the strategy is nicely profitable.

The keys - as with all football trading - are discipline and patience. If you are able to restrict yourself to trading strong selections only, you will do well as a trader.

You will still hit losers - everyone does - but get more than half right and you're in profit.

A great strategy to try after FHH is lay the draw (or LTD).