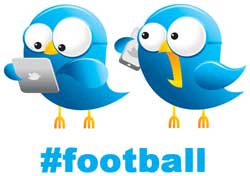 Twitter has revolutionised the way that breaking news is shared.

Almost all professional clubs have official Twitter accounts which they use to announce injury news, team line-ups and lots more information which is useful to football traders.

When the market finds out that a key player is missing - or unexpectedly returning from injury - prices move much more than normal, creating a profitable opportunity.

Of course, none of us want to follow the official Twitter accounts of every team; we want relevant news when we need it. In order to make that as easy as possible, I maintain lists of official football club Twitter handles for the leagues which are most popular with traders. 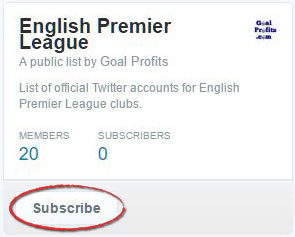 You can easily set up columns for each list with Tweetdeck (and that's free too!).

It will save you being spammed to death by midweek Tweets about teams and players you have no interest in until it's time to trade.

Twitter betting tipsters are a great source of free tips. Here are some of the most popular football tipsters on Twitter which you can follow today.